The kindness of woodlice

On New Year’s Day I turned out the compost. It’s in an old wheelie bin that a neighbour drilled with ventilation holes to create a compost bin. It’s still got their old house number painted on it. A few years ago, I wheeled it half a mile or so to the flats where I live, and it has been tolerated as an unofficial experiment in food waste composting. 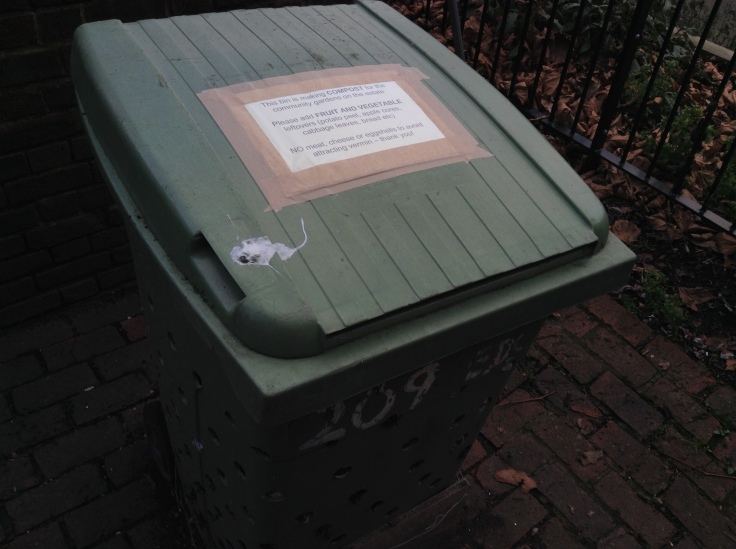 Two of us put our vegetable waste in there, along with occasional platters of fruit left over from events at the community centre. And we just leave it. If there’s a cloud of fruit flies in the summer, I sprinkle on a layer of soil, but that’s about it. Every six months or so, when it starts to get full, I open the shutter at the base and empty out some of the contents.

The top of the bin is full of recognisable scraps – just now, there are lots of parsnip tops and a green confetti made of the outer leaves from Brussels sprouts. But down at ground level, when I open the shutter, rich, crumbly brown compost spills out. It’s alive with woodlice doing their work of digesting. The next layer up is damper, mixed with onion skins and egg-shells that haven’t yet dissolved – they’ll go back into the bin for another season. 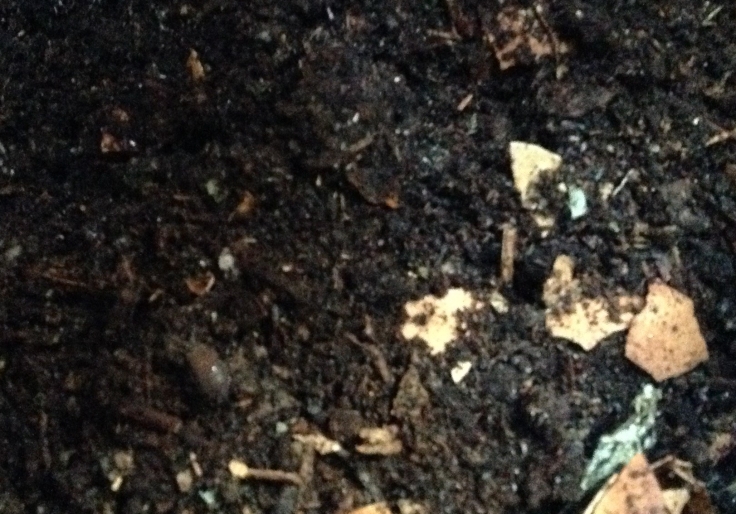 I have a small caddy on the kitchen worktop to collect coffee grounds, onion skins, apple cores, potato and tangerine peel. A full one weighs about 2kg. At about one a week, that’s around 100 kg a year that doesn’t need to be collected by diesel-fuelled bin trucks. Food waste is collected from street addresses in Southwark, but blocks of flats have in the past been regarded as ‘too difficult’. This means that all the food waste from Southwark council estates is incinerated. But even better than food waste collection is composting on site, and most estates have corners that would be suitable for composting, particularly if semi-sealed ‘hotbin’ systems are used. With 750 flats on the East Dulwich Estate, even if only ten percent of households composted their food waste, thousands of kilos a year would no longer need to be collected.

Most importantly, the food that goes in the compost bin is no longer ‘waste’: the inedible is magically transformed into rich compost that can nourish the soil. This morning I dug out about 40 litres of compost. I’ll take it to the community garden in the next courtyard, where pumpkins and herbs were grown last year.

It turns out that opening up the compost bin is not a bad job for New Year’s Day. It was a chance to connect with soil on the first of Seven Days of Rest and Reflection. The UN has warned that the world’s soils are severely depleted and that we will have just 60 harvests left if we continue to degrade them as we are doing now. Thinking about soil matters even in the inner city – not least because that’s where most of the vegetable waste ends up. And it’s very satisfying to see last year’s rotten scraps turned into nourishment for this year’s plants, through the benevolent action of woodlice, bacteria and time.

For Southwark residents: buy a composting bin or wormery, or request a free one for a school or community garden.